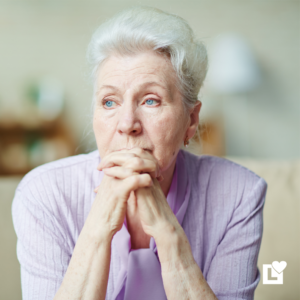 For many elderly, life can be pretty great.  They enjoy the fruits of their labor intensive lives.  They’ve retired in a warm coastal city with a wonderful support system of family and friends.  Hopefully the hardest life reality for seniors will be the effects of the aging body on their health.  I wholeheartedly wish this were the truth for all elderly, but the real story is much more frightening.

According to NCEA (National Center for Elder Abuse, “An estimated one out of every 10 senior citizens in the United States experiences some type of abuse, but fewer than 20 percent of those cases ever get reported.”

When the person is left to fend for themselves by the primary caretaker / family member.  Example: If a family member were to leave a dependent elderly mother at a store, completely disregarding their responsibility.

When an elderly individual is conned/scammed into giving money or material possessions away without regard to the purpose.  This can also happen with close friends and family members with access to accounts or possessions and abusing privileges without consent. Or the elderly individual is not in a mental capacity to give someone access to money or material things.  The elderly are targets for scams like: fake lottery, contests, promotions, signing documents, purchasing fraudulent insurance policies, etc.  Example:  signing documents giving the scammer access to their assets, promising a return that will never come.

Any action causing physical harm, injury or impairment in which is not an accident but intentional.  Examples: Hitting, kicking, punching, slapping, flicking, burning, shoving, pushing, shaking, etc.  When you think of elder abuse, this is likely the picture you have in mind, although it’s not always something you can see.  Also to be considered is the misuse of drugs, restraints or confinement.

This may be defined as mistreating a senior in ways that cause emotional distress and/or psychological anguish.  There are many ways this can happen:  Yelling Blaming, using the silent treatment, ignoring, humiliating in public or around family/friends, threatening, isolating and manipulating.

When people age it becomes increasingly more difficult to complete activities of daily living.  Some require assistance from caregivers.  Caregivers are either family, hired help or appointed guardians.  Neglect is when a caregiver leaves someone at risk by not fulfilling their obligation.  This isn’t always intentional, but dangerous either way.  Example:  Jane has dementia and relies on her daughter to go shopping, drive, make meals and assist with minor tasks through the day.  It would be terrible neglect if her daughter left town for a few days without arranging assistance and left her mother alone at home.

Similar guidelines apply from the Neglect paragraph above, but the primary caretaker is one’s self.  People can become stubborn, set in their ways and unrealistic when refusing to seek help.  Many times it takes a serious health event for family, healthcare staff and doctors to realize how much some fail to provide themselves as they lose the ability.  Examples:  stopped showering, failure to make meals, not making it to appointments, cannot pick up prescriptions, failing to pay bills, stopped walking pets, failure to de-clutter.  All of which can have a serious adverse health affect.