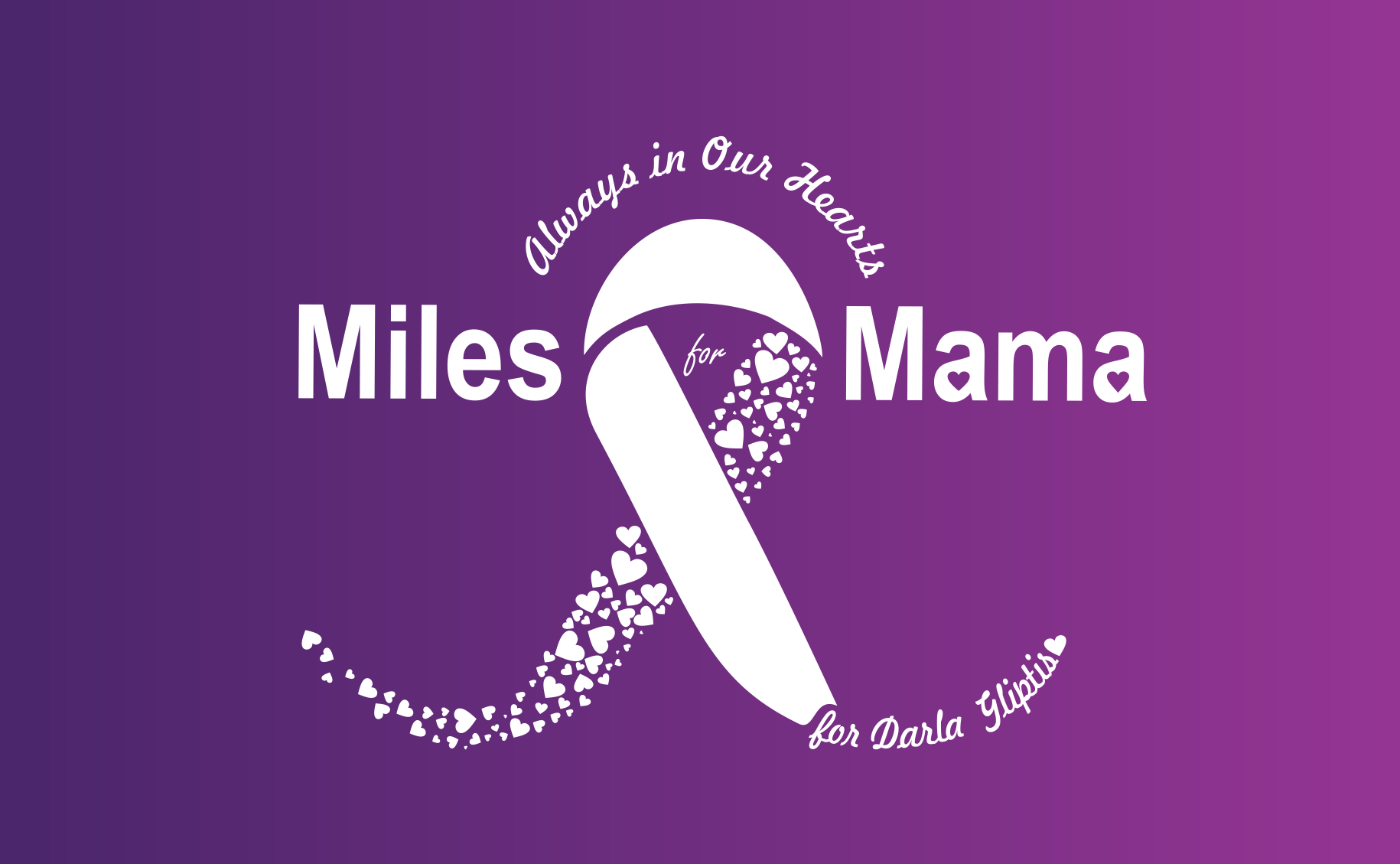 Miles for Mama was started in 2016 by Darla Gliptis and her daughter Shannon Lee (ME). Growing up I always called Darla “Mama”so this team name just seemed fitting.

I wanted to add a few photos from last year, check them out.  It’s bound to be a better turnout this year 2018.

Pancreatic Cancer is by far the world’s toughest cancer.  It’s so hard to detect and with that there’s only a 9 percent survival rate.  Today is a day, much like many others, a day that we will continue to Wage Hope for a cure and at the very least, better early detection.

“Pancreatic Cancer has recently surpassed breast cancer to become the third leading cause of cancer-related death in the United States. While the five-year survival rate for pancreatic cancer increased slightly to 9 percent, it is still the lowest survival rate of any major cancer.”

In November, 2015 Darla Gliptis (MAMA), was diagnosed with Stage 1 B pancreatic cancer.  Her only warning was left side pain under her ribs and to her back.  Thank God for the excruciating pain which lead her to insist on getting a CT scan when her doctor wanted to do nothing.  Early detection is the key to this type of cancer and there are no tests yet for prevention.

Darla completed 5 months of extensive chemo and 25 days of radiation.  If the tumor shrunk enough she would have been a candidate for a complicated surgery, We held on to hope.  Just a few days after completing radiation we found out it had spread to her liver. She was no longer a candidate for surgery. This was devastating news for us.  Shortly after finding out the cancer had spread, the pain became very intense.  After months of trying to get the pain under control, Mama’s body was getting too weak to handle treatment. It didn’t matter what treatment she tried, if it had side effects she would have them and they’d be the worse case the doctor had seen.  After trying a new pain medication she got very sick. The next morning her body was so weak, but she had to go to her oncologist.  I took one look at Mama and knew what they needed to do next.  It was time to talk about hospice care.  I was terrified what she may think of this suggestion but I knew that some how, some way she had to get relief from pain.  They agreed that hospice would be the next best choice.  They could provide MAMA with the pain medication she would need and the equipment at home that she would now require. She started on hospice Labor Day of 2016. A short few weeks, later she lost her battle. Hospice was able to better control her pain but it was very apparent that the cancer was just taking over. Darla spent her last few days with her family, her husband, and me. We made the best of the time we had together. If you ask me, I would do anything to have my Mama back but she feels very lucky to have had her the 316 days that she did after being diagnosed. Many families are not so lucky.

How Can You Help?

So pleased you’d asked.  Mainly, our goal is to educate about the lack of attention this disease gets.  We want to build awareness, so to increase support to find a better diagnosis strategy.  To do that, researchers need capital.  To get the funds, people like you and me need to raise it and get it in the hands of the brains behind the research.

About the Author: Shannon Lee

Shannon has worked in the medical field caring for others since 2002. She started her career off as a medical assistant, soon going to school to be a licensed X-Ray technician. Shannon soon advanced to be an office manager and surgery scheduler for an Orthopedic Surgeon here in San Diego. She spent 13 years caring for patients, navigating their care needs, and preparing them for surgery. She is also proud to be the Affiliate chair for the San Diego Affiliate for The Pancreatic Cancer Action Network. She strives to make a difference in her community by connecting amazing caregivers and families to promote a safe and loving home environment for the aging, disabled and ill.