A Battle With Lung Cancer

…is to the tune of 20,000 people per year.  It’s number two in the United States for most common cancers, second to Skin Cancer.  That seems like an alarming amount of people affected with this terrible, life-altering diagnosis.  I have a personal interest in this particular cancer due to the affects that it’s had on my family in recent years.  Today is World Lung Cancer Day, so let me share my family’s story…. 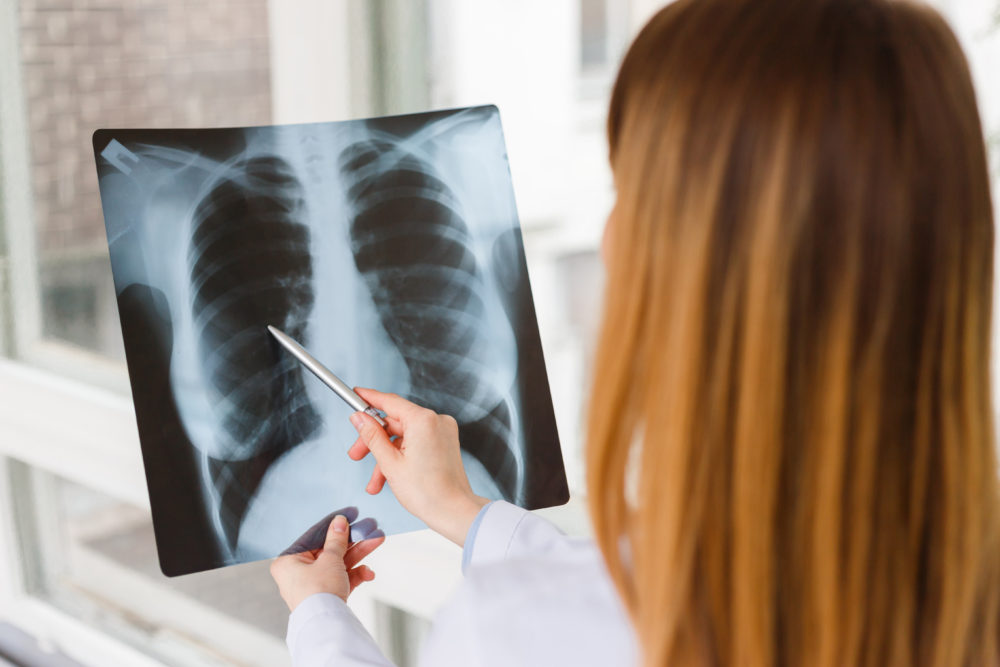 Back in 2014, my father was diagnosed with Lung Cancer.  This is a follow up article from the first one 4 years ago.  A lot has happened since then.  My father, “Will,” is 79 this year. He’s been living with me since his Lung Cancer diagnosis in 2014.  Luckily his battle with Lung Cancer was short…

A Little History From My Dad’s 2014 Battle With Lung Cancer:

Since I was 10 I’ve been hearing the bad news about my dad’s health. Diabetes, lymphoma cancer, atrial fibrillation, pneumonia…. It was tough to understand that his life was less than infinite. You never think your dad could be vulnerable, he’s the man! Too big of an idea to be contained. I say “dad,” I’ll always hear “hey sonny.” That’s just the way it is. He is strong and we have to be strong for him.
If you know me well, you know that most of the passion and knowledge in my career stems from caring for my Dad. Other friends and relatives too, but starting with my dad. He’s now living with me. He survived cancer twice and also maintaining well with heart disease and diabetes. If you ask him, he’s cured his diabetes with herbs. So he’s thriving and happy. But about two months ago, his doctors took some additional scans of his lungs. They saw something of interest on an X-ray follow up from his pneumonia. The immediate thought was lung cancer. So…You see my dad, up to this point, has been Smoking for 60 years. A long time I know! Since the scans started, it’s been a whirlwind of appointments and consults. Scans and biopsies, more scans and radiation pre-appointments. This brings us to where we are today. Dad’s living with a lung cancer diagnosis. I feel like this is normally devastating news. For the sufferer and family alike.

Follow-Up with My Dad’s Battle with Lung Cancer

Well, it’s been four fulfilling years here in our home.  My dad has been active as ever.  He has daily routines, he still drives, he cooks a little bit and can carry on a very intelligent conversation.  He made it through the battle with Lung Cancer and quit smoking in the process (after 60 long years).  Like I described in the previous blog article, he was receiving radiation treatments (6 of them to be exact).  It shrunk his tumor and killed the cancer cells, with very little damage to any of the surrounding tissue.  A miracle, we like to call it.  Battling his 3rd bout of cancer, he’s kicking-ass!

Our family has every reason to believe that my Dad’s attitude played a role in his remission.  Not only a blessing that he made it through with little complication, but he quit smoking!  My siblings and I have been trying to get him to quit as long as I can remember.  4 years later, he’s still not smoking.

Round 4 – Cancer has Returned

Dad’s been travelling to the VA hospital in La Jolla 2-3 times per week now.  He needs to have regular scans to ensure the cancer doesn’t return, get regular blood tests, visit the podiatrist, visit his cardiologist and various other appointments.  It’s basically his full time job to advocate for his health.  He’s diligent and responsible.

After the last scan, something came up that the doctors wanted to discuss with him and me.  They wouldn’t tell us over the phone, so I immediately thought worst-case-scenario, the cancer must be back.  Ugh!  Dad’s been so proud to tell his success story, to EVERYONE.  He’s been on a serious self-development track (he’s started the Ketogenic Diet and lost over 50 pounds).  This is going to upset him, and ruin his progress.  It’s actually had quite the opposite effect.

Whatever happens is out of my hands.  I haven’t felt this good in years, I’ve seen all 10 of my children this year, I’m leaving it in the hands of God and the doctors.  No reason to worry about it.

His attitude has not deterred, it’s actually better than before.  (insert mind-blowing emoji here).  I’m so proud to call him my father, and I can only hope that if I take anything from my relationship with him, I hope it’s his optimism.  There’s no worry, he recognizes that no amount of worry will change his status, only make it worse.

So, now we wait for his whole team of doctors to come up with a plan of attack.  His previous tumor has grown but shows no signs of cancer, and he’s developed a new growth on the other lung.  Maybe radiation treatments again, or some form of chemo.  Either way it plays out, his optimism will change people.  He enjoys interacting with doctors and nurses, making them laugh is his favorite thing.  His second favorite thing is telling stories about his kids.

I intended to write an article about the rate at which American’s are developing their own battle with Lung Cancer.  It turned into a celebration of a man that chooses to focus on the good despite dismal news.  Who knows, maybe optimism is the secret to remission.  I’ll update this article in the coming months.  I’d like to thank my Father Will for allowing me to write about his experience with Lung Cancer and share it with the world.  He hopes that his approach can help someone out there focus on the good and move forward in faith and trust in their medical team.  Never lose hope, share Love and enjoy your time here while it’s livable.

If you, or someone you care about, is in a battle with Lung Cancer.  Ask for support from family first.  If family lives too far or works too often, call us to schedule a No Obligation CAREConsult™ with a Love Right™ Care Service Representative.  We can help!